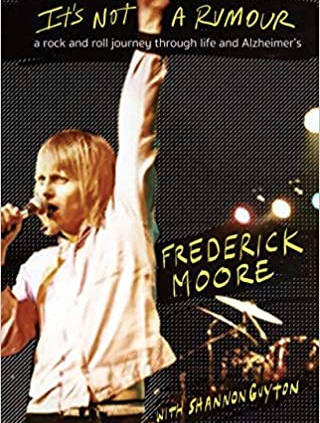 I don’t know if everyone knows this but Rick has had and used various names and alter egos throughout his life. As you will read in his upcoming memoir in the chapter “what’s in a name he started life free literally.” His father got out of paying the hospital bill by naming him after  the doctor who delivered him. His parents had planned to name him Rick so they had to improvise because the doctors name was Frederick. They used the Rick at the end of Frederick to work around this. Growing up he was Ricky after Ricky Nelson and Ricky Ricardo.

At Richfield high school he needed a gym shirt that the coach demanded he wear;  so in the lost and found bin he found a T-shirt with the name skogie on it. From then on he was Skogie Moore.

In his very successful band in Minneapolis, Skogie and the Flaming Pachucos he was Skogie.

When he moved to Los Angeles, he created the alter ego Freddy Moore or Freddy the Kat of the The Kats. Freddy Moore was the master showman, wild extroverted guy who schmoozed with the fans glasses off (Superman) climbing up the rafters, leaping off the stage into the crowd. When his glasses were  back on he was Rick, the shy reserved Midwesterner (Clark Kent).