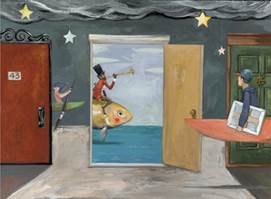 See if you can guess who this song was written about…the lyrics are fantastic; so witty and interesting and my nephew Richie’s guitar playing is phenomenal.

She swears someday she’ll go back to school
But right now she MUST work on her “tool”
Doing aerobics and laps in the pool Keep that tummy tight
He’s older but he still can pretend
He knows someday that it all will end
In the meantime he’s got money to spend
So why not have it all?

What’s in a name

Heard the most interesting thing on KPCC’s The Ted Radio Hour on Sund...
Scroll to top