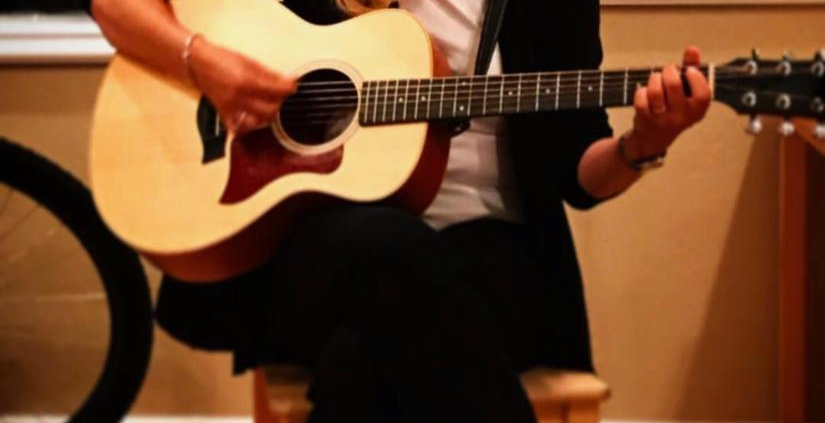 A long time ago my friend Veronica asked me to help her buy a guitar. We were meeting for high tea at the T Room in Montrose. We have gone to tea since our college days at California State University Los Angeles. We used to leave CSULA and go to the Glendale Galleria where they had a tea room and we would have high tea. At high tea they serve little cucumber sandwiches, scones with Devonshire cream and Earl Grey tea. It was delightful.

In December of 2012, we were having tea at the T Room and she said that there was a guitar shop nearby.  After tea, we went into the music store and looked at some guitars. I found her a very pretty Yamaha guitar that was smaller than a regular size guitar so it fit a woman’s size better. It was really pretty and it sounded nice. It was only $300. I loved it and kind of wanted for myself but I didn’t need it. Rick had a fender acoustic/electric guitar and we also had several other guitars. Right now we have a classical guitar that Rick found in the trash, believe it or not, and I have a Taylor GS Mini. But in 2012 Veronica’s guitar was perfect and I told Veronica if she ever got sick of it that I would buy it from her.

In March of 2013 Veronica said that it was too difficult to learn and since she’s left handed it made it difficult to play. We met and I bought the guitar from her for the same $300. I had picked it out so I might as well have it. At the time, to have a new guitar reinvigorated me to play again. I always watched Rick play, and that helped me decide to play myself.

Laughter is the best medicine