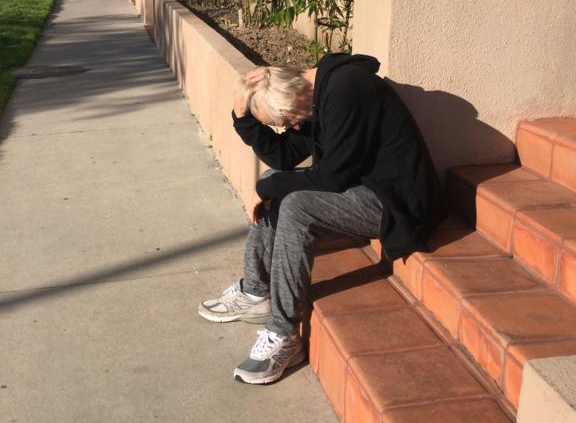 So I am the girl who fell for a rock star and I had a really happy life. The end, cute story uh?

Rick was my first and only boyfriend and now husband. I can’t complain, we traveled a lot, ate a lot, we watched a lot of TV and used to go to every movie. This is a pic of us fat. Then we got skinny and healthy. We play music together and I read aloud to both of us. We love the beach and sunshine and we love to laugh. We did so many fun things together..Good times!

Nowadays? I am patient, loving, caring, responsible, worried, and maybe boring. I have lost the love of my life. Well, his brain is gone but his body is still here. Is the brain what makes us who we are? To some people the outside is really important. I know that most people who fall in love have to be attracted to the person. To me, it’s what’s inside that counts.

What’s your love story? Was it love at first sight? I think that I’m weird. I don’t see people as having a gender or in a sexual way, I just see the person for who they are. Another thing I don’t think that I have ever told anyone, look at me spilling my guts! Don’t get me wrong,  I  love the way Rick looks, to me he is so handsome.  I miss the cool person that he used to be. We had a special relationship. We liked each other and loved each other. We were simpatico as they say. We just fit.

Something funny, my family didn’t know why we spent so much time alone. They didn’t see Rick for who he really was because he was shy and introverted in front of them. He only showed his true self to me and vice versa. That’s why I wish someone would come up with something! I called a clinical trial today. I don’t care if we have to go to Boston, Canada, UK or wherever. Seriously, I would travel anywhere to help Rick get his brain back, 1% back, 10%…anything..  To me, Alzheimer’s disease is worse than Cancer and Aids because it robs the person of themselves, their identity. Think with me for a second, Cancer can be fought with Chemo and radiation, AIDS has a cocktail and they are on the verge of solving it. Alzheimer’s doesn’t have anything, Aricept and Namenda, Phooey! Seems like nobody cares and everyone is complacent.

It’s sad that the person lives like the walking dead or a Frankenstein and reverts to being a 2 year old kid. AD robs the person of their true selves. Rick used to be able to solve any problem. He would use mind over matter to get over things. I always say if Rick were his old self, he wouldn’t like who he has become. How can I help him? He loved his brain and he was so interested in everything. He prided himself on knowing everything about a subject. For instance, he wanted to learn about Shakespeare, so he studied all of Shakespeare’s works! This is in his book, people used to say he would set out to learn about something and went out and bought every record or book about that genre or whatever and became an expert. His gift for learning and teaching was contagious. He taught me to be interested in so many things and to be worldly. A true renaissance person. Now, he sits on the couch with his head down and sleeps or just bobs his head to the music once and a while.

Maybe I am being too empathetic because I wouldn’t want to lose my brain. I just know that he wouldn’t like what he has become. When we visit the neurologist, I feel like he has given up! There’s nothing new, nothing that we can do. I want to try some radical thing that might help! I search for new treatments and find scams that stem cells with restore the brain, bullshit! It’s horrible that people want to take advantage of people with a disease. Our doctor told me that one of his patients husband spent over $100,000 trying to help his wife, and there was no change, in fact she got worse. I know that people wish that they could win the lottery, I wish that sometimes too but I just wake up thinking: Come on Israel, Come on Bill Gates! Come on anybody! I need a cure! My lucky day will be tomorrow! I don’t want to win the lottery, I will trade all the money in the world to have my Rick back.

How frustrated can I be?

My typical day part 1: I’m a bee
Scroll to top