Freddy was loved by many and sharing stories is just one way to honor his legacy. You’re invited to contribute either publicly or privately by sending a message below. Public comments will become available on this page in the coming weeks, so you’re also invited to return and read through them. Private comments will be shared with Freddy’s wife, soul mate, and muse, Renee. 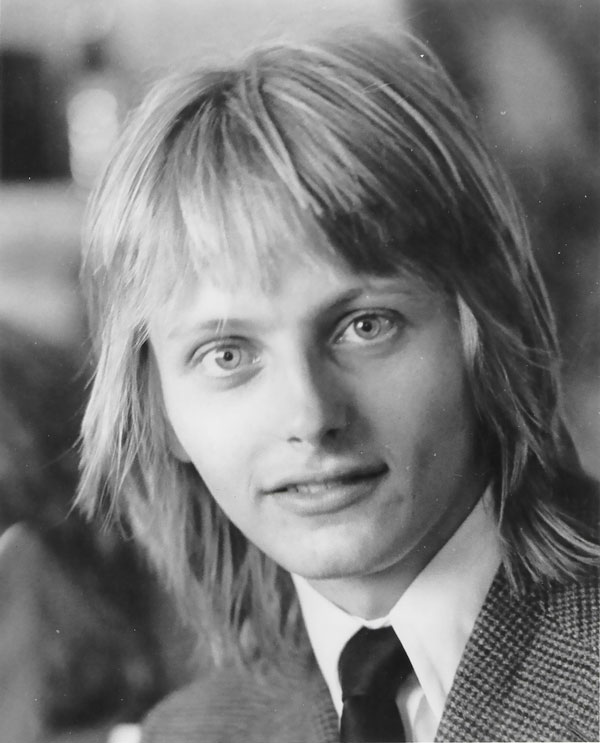 “I’m Al Galles’ nephew and I first met Rick in 2007. He met up with me at Viva Fresh Mexican Grille for lunch during his break. He had a walk that was very Minnesotan from what I remember. He was very different than I expected. Soft spoken and had the funniest memories of my uncle Al. We had been in regular contact ever since and I had recorded a few of his songs as covers. I was hoping I could’ve finished his song “Queen of the Prom” before his passing but that unfortunately won’t be happening, although it will still be released in his memory. I’ve gained several music industry connections through him and it was him who told me about my uncle having a daughter I never knew existed. That was another very cool experience which to which I have great gratitude for Rick.”

“I’ve got dozens of wonderful memories from the late 70’s early 80’s that include Rick, but this is the one that comes to mind at the moment. It was a very rainy evening and Rick, Demi, Roseann (Sara) and I were jumping into my car to drive downtown to Madame Wong’s as The Kats were playing there that night. As I started my car it turned out that both of my headlights were not coming on! As it was nighttime and raining and we were afraid of getting pulled over we yelled, “let’s switch to Rick’s VW Bug!” Rick was slowly shaking his head so we asked him “what’s up?”, he tentatively informed us that his windshield wipers were not working! The rain was coming down harder and harder but we all discussed and decided to take Rick’s Bug because at least his lights were working so it was less likely we’d get pulled over. I sat up front while Rick drove and the trip downtown was intensely scary and crazy as looking through his windshield was just like looking through a kaleidoscope! Looking through the rain and the lights on the streets and from other cars reflecting off our rain pelted windshield was akin to an acid trip! We all were silent as Rick tightly gripped the steering wheel, with his body leaning so forward that his face was almost touching the windshield, slowly made his way downtown. Luckily we safely arrived and it was another jam packed, amazingly fun and memorable show. And thank goodness the rain had stopped just in time for our ride home.”

THANK YOU FOR THE MUSIC!!!!

Most weekends if “The Boy Next Door” was playing a small group of us friends would go and dance and sing the night away. I really loved his writing and his singing voice. I was friends with his ex but at the time got to know Freddy well. My friend Sharon Wyatt was even on his album cover. He was just so talented. A few years back, I was able to go to a restaurant I believe was called Genghis Khan for kind-of a reunion of sorts- I was a blast to hear those songs again after all those years had pasted. He STILL had it!!! THANK YOU Renee for being there for him. HUGS and PRAYERS sent……I’m now going to go try and find my “TV Guide

Where do I begin to say how sorry I am and how grateful I am to have known such a special and talented individual. 1979 seems like forever ago and yet only yesterday. We are very close in age and I thought I was done with the night club scene. Somehow meeting Freddy and the cats snapped me back into action as a fan and photographer of the band. I spent many nights at Madame ones Chinatown and then mad at Wongs west in the Starwood and on and on. The beat Goes on. Period.

I became a big fan of Rick’s after the formation of the Nu Kats, seeing them for the first time at The Starwood Club in Hollywood CA. A great songwriter, singer, performer, and personality. But a very down to earth and personable man as well. He had a great sense of humor and was devoted to his personal relationships. I followed him and the band for quite a while and was fortunate enough to perform and record with his later project “Boy”. I learned a lot from that experience and very grateful for it. Through that relationship I also got to work with some other fine artists. I was often in awe when around him, but he made me feel comfortable and appreciated. Later, he sought me out and I worked on some CD projects and was part of his last performance project. I associate Rick with some of the best times in my life and very saddened by his passing. My deepest sympathy goes out to Renee, his brothers and family, his friends, and his fans.